Demand For Barack Obama’s IMMEDIATE ARREST After Being Caught Overnight – LOCK HIM UP!

Over the past week, Obama’s disgusting plot with Muslim terrorists was discovered that could go down as the biggest scandal in United States history. We learned that in order to appease Iran, Obama derailed efforts by the FBI and DEA to prosecute a Hezbollah’s drug-trafficking and money-laundering operations out of fears that that prosecuting them would disrupt his treasonous nuclear deal with Iran. Now disturbing new information is coming out about what Obama also did for ISIS terrorists, that’s igniting new calls for him to be brought up on charges of treason.

We all suspected for a while that Obama was purposefully putting dangerous arsenal into the hands of ISIS terrorists after learning about his g*n-running scheme in Libya, where he armed the Free Syrian Army, who was later discovered to be the front group of ISIS. But now unbelievable evidence of Obama’s deliberate treason is being revealed after a rogue investigator is breaking rank to reveal startling new dirt on the former President.

It’s no accident that US-supplied weapons made it into the hands of ISIS, says antiwar activist Cindy Sheehan. She places blame squarely at the feet of Obama’s CIA. “The CIA wanted the weapons to get into the hands of the extremists,” she declares. Sheehan thinks it was part of Obama’s plan to destabilize the Middle East and control resources.

International arms monitor, Conflict Armament Research (CAR), examined 40,000 recovered weapons left behind by retreating ISIS troops since 2014. In a report described as “the most comprehensive to date about how the Islamic State obtained and fielded its weapons,” they note that one batch of US military weapons covertly supplied to extremist Syrian rebels were being used by ISIS only two months after delivery.

According to Sheehan, it isn’t likely that ISIS outsmarted U.S. intelligence. “I think it is incorrect to assume that the CIA/US is losing control of its weapons.” It seems much more likely that “Washington and the CIA wanted the Daesh forces in Syria to have control of many U.S. supplied heavy weapons, including missiles.”

Conflict Armament Research has had field investigators combing the battlefields across everywhere ISIS-held a position in Iraq and Syria since 2014. Tagging along with government and local fighting forces they study every piece of the ordinance they can locate.

But it didn’t just stop at weapons. Even chemical agents used to make explosives were also sent to ISIS.

Weapons, ammunition, even chemicals used to make explosives are all sifted through and cataloged. The findings they just released show that often, weapons shipped to local groups have the unexpected result of benefiting the enemy. “The unauthorized transfer of munitions that were originally intended to benefit groups fighting in an already chaotic and violent environment eventually found their way to ISIS.”

Obama’s covert operation worked to “arm moderate Syrian rebels battling President Bashar al-Assad.” Some of those arms included rockets that were recovered in Iraq, paid for by the United States and then shipped to Syrian groups. “In one instance, PG-9 73mm rockets, sold by Romanian arms manufacturers to the U.S. Army in 2013 and 2014, were found sprinkled across both battlefields. Containers with matching lot numbers were found in eastern Syria and recovered from an Islamic State convoy in the Iraqi city of Fallujah,” the report states. 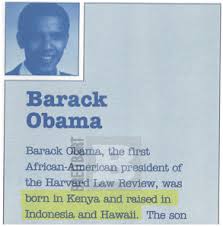 This is just the tip of the iceberg of new evidence of Obama’s out-right treason against our country. In addition to learning about Obama’s direct involvement with arming ISIS, and also how he protected Hezbollah’s drug-trafficking and money-laundering operations by derailing active investigations by both the FBI and DEA, Obama also allowed the Taliban to become the world’s number 1 producer in Heroin so they’d have money to fund future terror attacks on America and the West. (More)